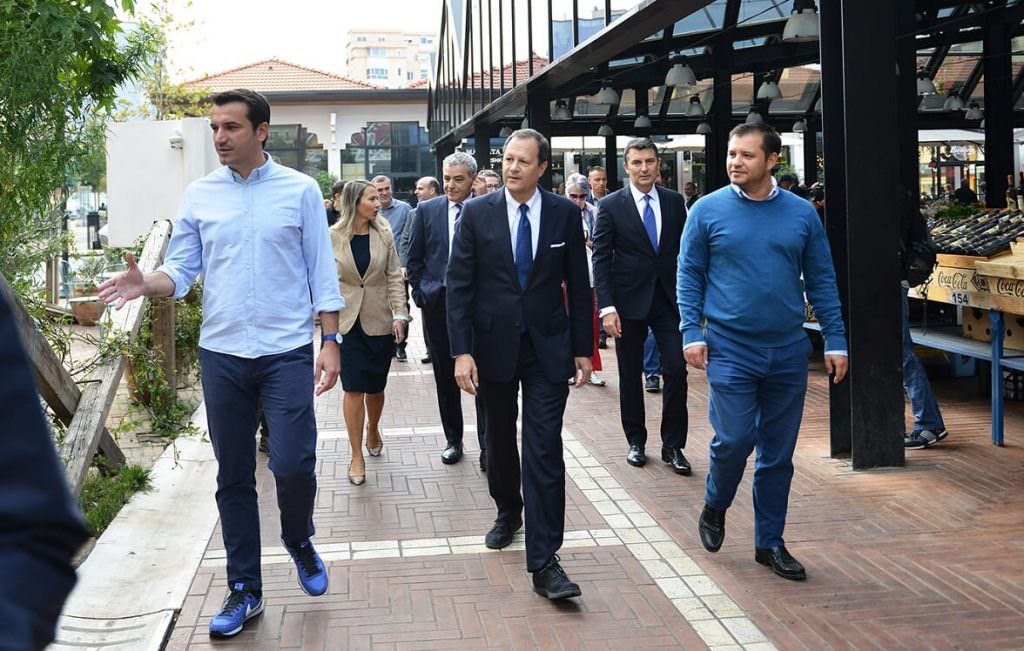 Inauguration of Storage Facilities in the New Bazaar, Tirana

AADF in cooperation with the Municipality of Tirana and the business association TID Tirana organized the inauguration of the new storage facility in the area of the New Bazaar in Tirana. In this ceremony took part the Chairman of the BoT of AADF, Mr. Michael Granoff, the Mayor of Tirana Mr. Erion Veliaj, members of the BoT and the AADF Co-CEOs, board members and the administrator of TID Tirana.

The AADF’s investmen of more than $90,000, inspired from the facilities in the Borough Market of London, aims to give an efficient solution to the problem of storages in the area of the New Bazaar. The premise of 600 sqm is situated in the heart of the Bazaar, close to the Creative Square. Within the facility there are 90 speparate cells, which provide high quality storage hygenally-wise and in terms of logistics as well. The new storage facilities will be administered by the TID association, and will be available to more than 100 traders of the Fruits-Vegetables Market, the Fish-Meat Market and to the other businesses as well.

The AADF has commited untill now $1.9 Million in the rivitalization project of the New Bazaar of Tirana. The project as a whole, which includes the continuos support to the businesses and promotion of the area, reaches a value of $2.5 Million. Concerning all of the BID/TID(Business/Tourism Improvement Districts) projects that are co-financed and coordinated for six years, the AADF has commited around $20 Million in 8 projects spread throughout Albania.