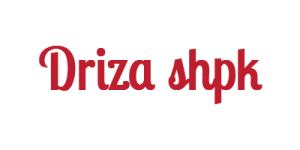 The New Bazaar was established in 1939 and through the following years it kept on prospering and developing. Its establishment came as a necessity, due to the continuous increase of the trade activity which could not be afforded any longer by the only Old Bazaar. After the demolition of the old Bazaar in 1959, the new Bazaar remained for a long time the only trading centre of meat, fish, vegetables and fruits in Tirana. The territory of the Old Bazaar started from the Suleiman Mosque and continued till the area where nowadays is situated the building of National Library.

The Bazaar together with the neighbourhood of Mujo is located in one of the oldest areas of the city. Even today, the new Bazaar continues to be one of the largest markets for meat, fish, vegetables and fruit trade in town. The Municipality of Tirana, with the support of the Albanian American Development Foundation, reshaped this area and turned it into a business development area to provide a new investment model and community space. The New Bazaar is a space that operates 24 hours, with the biggest focus on product trade in the morning hours and in afternoon on culinary issues, for the restaurants around and the development of artistic and cultural activities such as festivals, fairs, etc.